Rowdy Boys is a youthful action entertainer movie directed by Harsha Konuganti. The movie casts Ashish and Anupama Parameswaran are in the lead roles along with Sahidev Vikram, Karthik Rathnam, Tej Kurapati, Komalee Prasad are seen in supporting roles. The music was composed by Devi Sri Prasad while cinematography was done by Madhie and is edited by Madhu. The film is produced by Dil Raju, Shirish under Sri Venkateswara Creations banner. 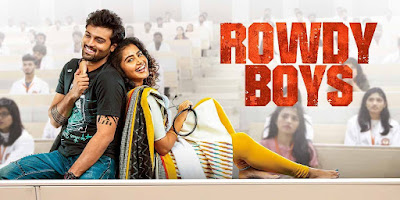 Ashish Reddy, Dil Raju's nephew, makes his acting debut in the film Rowdy Boys. Let's see how the film performs now that it's been released.

Akash (Ashish) is a carefree engineering student who falls in love with Kavya, a doctor (Anupama Parameshwaran). After a while, even Kavya begins to fall in love with Akash. Regrettably, the rivalry between Akash's college and the other complicates the love narrative. When they don't have a choice, Akash and Kavya make life-changing decisions. So, what happened next? Is Kavya able to fulfil her dream of becoming a doctor? What did Akash do to win the love of his life? You'll have to see the movie on the big screen to find out what happens next.

Ashish Reddy, Dil Raju's nephew, makes a good first impression with Rowdy Boys. He performed like though he were a well-known actor, and his dancing abilities are also impressive. Sahidev Vikram, the second male star, performed an excellent job in his part. Anupama Parameshwaran is stunning as usual, and her fans will undoubtedly go crazy for her.
The scenes between the leads were well-executed. The comedy featuring the hero's sidekicks is particularly enjoyable. In terms of music and images, a few tracks stand out. The beautiful images and excellent background score are an extra bonus.

There isn't much to say about the premise because Rowdy Boys is a well-known story that we've seen in a number of films over the years. Anupama looks fine, but she doesn't have much of a chance to show off her acting abilities.
Unlike the first half, the second half's story was uninteresting. A few situations between the leads will remind you of a number of popular films. Aside from a few odd situations, the film's over-the-top comedy tracks are a major flaw.

The film's production qualities are quite high, as Dil Raju and Sirish have lavished attention on the visuals. Madhie, the cinematographer, has captured the rich and stunning vistas of Tamil Nadu. Devi Sri Prasad's songs and background score are good. Madhu's editing is likewise excellent.
When it comes to the director, Harsha Konuganti, he did a decent job with the picture. Because his plot isn't really interesting, he did a good job with the debutante in his first film.

Rowdy Boys is primarily a collegiate drama with little twists and turns. Ashish Reddy makes a solid first impression, and the first half is enjoyable. However, the film's second half is tedious, and it lacks a compelling story. The film may appeal to children since it contains relatable aspects. Simply go into this college romance with little expectations and enjoy it. 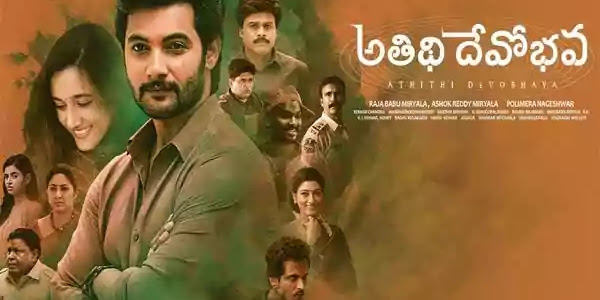